The Canary Islands are a hugely popular holiday destination for tourists from the UK, primarily because they are just about the only place in the EU where year round sunshine is pretty much guaranteed.  Lanzarote enjoys thousands of British holidaymakers' every year – drawn not only by the fantastic weather and the great beach resorts, but also by the low tax shopping, and the island's amazing landscape and rich history. Lanzarote lies to the North East of the Canaries, which are south of Spain and north of mainland Africa (which is why the weather is so reliably warm at all times of the year).  While the Canary Islands are technically autonomous, and have their own laws and government, they are very Spanish in feel so if you are used to travelling in Spain, or can speak Spanish, you'll feel right at home exploring Lanzarote! 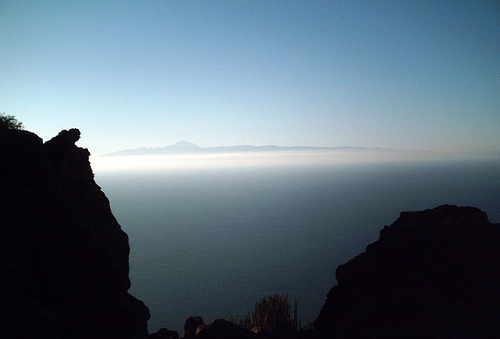 The History of Lanzarote

Lanzarote was the first Canary Island to be populated, and as you might expect, has had a colourful and interesting history.  The first known record of the island was in the writings of Pliny the Elder, who made a trip to the Canary Islands and described Lanzarote, rather unusually, as “purple”.  It was taken in 1336 by the Portuguese, and this is when it originally got its current name, though its most interesting historical events occurred in the 1700's, where volcanic eruptions and drought plagued the island, causing many of the people who lived there to abandon it for Cuba and other places in South America.  The volcanoes are what cause most people to think of Lanzarote as a “fire island”, with “red mountains”, or, to give them their Spanish name, “Montanas del fuego” (mountains of fire).  The volcanoes have not erupted for some time, and are now a huge draw for visitors to the island.

Lanzarote is itself a volcanic island, but it is one of the places in the world where you have the opportunity to see and explore an active volcano.  Lanzarote's main volcano (known generally just as “Lanzarote volcano”) is located in the beautiful Timanfaya Park, which enjoys special UNESCO status as a nature site.  Visitors are able to hike in the park and up the volcano, which at its peak reaches a height of 670 meters above sea level.  Lava flows from the volcano's past eruptions can be seen almost all over the island.  The last eruption of note was back in 1824, but this was fairly small in comparison to what the volcano did in the 18th century!

The most serious recorded eruption of Lanzarote volcano was huge, to say the least.  It actually lasted for six years (between September the 1st 1730 and April the 16th 1736) which, if you're counting, is 2056 days!  As you can imagine, it devastated the island and changed the landscape forever, with its hot lava covering over 200 square kilometres of land, and annihilating 26 different villages.  The lava flow also caused a serious famine, as it made a lot of the land that had been used to produce crops impossible to farm.  It was this, coupled with a very dry winter that caused things on the island to become so bad in 1737 that most of the people had to move away – across the Atlantic to the Americas.  It is because of this that many Cuban and South American people have their heritage in Lanzarote. 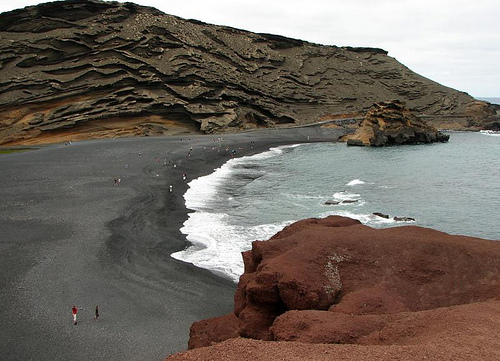 How the Great Eruption Changed Lanzarote's Landscape
The lava flows from the great six year eruption in the 1730's essentially created the landscape you will see in most of Lanzarote today.  They created a vast volcanic fissure, which is 14km long, and caused 30 volcanic rock cones to form, which you can still see today. No holiday in Lanzarote would be complete without taking some time out to see and really appreciate how this powerful eruption changed the face of the island, and to simply admire the awesome power of nature.

Other Things to Do in Lanzarote

As well as checking out the volcano and eruption sites, there are plenty of other great things to do if you're on holiday in Lanzarote.  The island is famous for its beaches, and for good reason (though again, you will see evidence of the volcano's presence here in the sand and rocks!), so if you love to sunbathe and swim then you will have plenty of opportunities here.  You can also check out the great Canarian cuisine (which is similar to Spanish food, but there are some great local dishes that are specific to certain towns, so you never know what delicious things you might find as you travel around the island!), and of course, take advantage of the bargains in the world class shops and malls.  The Canaries are a great place to pick up designer clothes and other things you would usually consider to be luxury goods, because of the lack of VAT.

Lanzarote holidays are guaranteed to be lots of fun and with so much to see and do in the area there is no way that you will be bored, no matter how long you visit for.