7 Best Queensland Cities: From Cairns to the Gold Coast in a Campervan 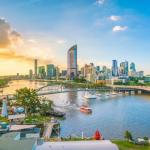 Queensland takes up a large chunk of Australia. As the country’s second largest state, it covers a land size equivalent to nearly five times the area of Japan. The beautiful coastline between its cities of Cairns and the Gold Coast, contain a variety of natural wonders, historical treasures, as well as fun attractions and entertainment galore. All seven of the cities outlined below, can... ❯❯❯

5 Amazing Things to do in Melbourne Once before You Die

It doesn't matter whether you are visiting Melbourne for the first time or whether you have lived your entire life here. There are some must-do things in Melbourne that need to be part of your bucket list. Melbourne's food, coffee, theatre, sport, and art cultures rank among the best ones in the world. Read on to get to know more about five amazing things to do in Melbourne at least once before... ❯❯❯

Technology has made life pretty simple for almost every person on this planet. However, there are times when you wish you could spend a few days in solitude far away from technology. Probably, in a place where there is no Wi-Fi. It is true that you will barely find a place in Australia that has no Wi-Fi. However, if you really wish to look for a holiday destination where you can really switch off... ❯❯❯

There are numerous beautiful places on earth where you can visit with your friends or family members. Some prefer to spend their vacation laying around doing nothing on a sea beach, whereas some love the chill in the air on a mountain city or town. There are also quite a few who prefer to spend some adventurous days during their vacation. Whatever be your preference, one country that provides it... ❯❯❯

As home prices in Sydney and Melbourne continue to soar, more and more people are relocating to Perth, WA. Buying or renting here can be much more affordable than other parts of Australia where those earning a living wage have to scrimp and save just to get by each month. Relocating to Perth or any other destination in WA shouldn’t be done simply to save money. The region’s unique... ❯❯❯

Are you in the process of planning a trip to go to the “down under”? If so, and you’re someone who has a love for outdoor activities, make sure that you put Cairns on your itinerary. Aside from being one of the most scenic places in Australia, it has all kinds of family-friendly activities that are fun and (even better) free. If you’d like to know about some of the things... ❯❯❯

Although Perth is one of the most populous cities in Australia, it rarely gets the same recognition as counterparts like Sydney, Brisbane, and Melbourne, for example. But the City of Light, so dubbed for the fact that residents lit their houses so that John Glenn could see the city from space in 1962 (and again in 1998) as he passed by, was listed amongst the top ten most livable cities by the... ❯❯❯

When it comes to traveling there are usually so many different aspects you need to consider in order to ensure it all pans out properly. From hotel stays to car rentals and where you should eat, performing all of the necessary tasks before you even start your vacation is often enough to make a person go crazy. However, you don't have to settle for this and tackle it all on your own. With cruise... ❯❯❯

Things To Do In Melbourne On A Rainy Day

While Melbourne is undoubtedly one of the most spectacular cities in Australia, it’s also known for having unpredictable weather, which frequently leads to an entire day of rain. If you’re planning your next holiday to this vibrant city, be sure to add these things to do in Melbourne to your rainy day itinerary. Go Shopping The most popular attraction to tourists, both nationally and... ❯❯❯

What Animals can you see on a Kakadu Tour?

Kakadu National Park is located in the Northern Territory of Australia and is about 170km southeast of Darwin. The park was officially designated in 1978 and covers an area of 19,804km² stretching around 200km from north to south and about 100km from east to west. The name is actually a mispronunciation of the Aboriginal word “Gaagudju”. The area is very diverse in wildlife with... ❯❯❯