Getting Sporty in Turkey 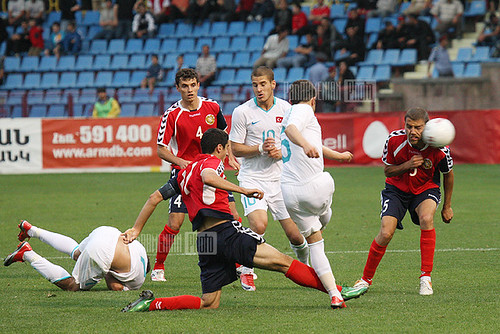 As a holiday destination, Turkey has been among the most popular for Europeans for many years. With a perfect location and warm climate it is easy to understand why. Turkey is a very Liberal country compared to some of their neighbours, which may explain why so many tourists decided to have a holiday there. Perhaps a little less well known to travellers is the importance of sport in Turkey. The country has a great tradition in many international sports. It competes regularly in major competitions like the World Cup and European Championship in Football, many disciplines at the Olympics and various other world and regional championships from water sports to Boxing. Due to the climate in Turkey, most of the sports are catered for outdoors with some top of the line facilities, which is why we see many National and club organization choosing Turkey for their pre-season warm up.

Football is by far the most popular sport in Turkey today. The Turkish national team has qualified two times for the world’s most prestigious football tournament, the World Cup. It did this first in 1954 and then achieved a remarkable third place at the 2002 tournament in Japan and Korea. Its European Championship record reads very similar, although they have only qualified for the last stages on three occasions. They have had some splendid results with the highlight being a semi-final place where they lost 3-2 to a very strong Germany Team. The recent good performances by the National team could be ascribed in part to the triumph of the domestic leagues in European competition. Teams such as Galatasaray, Fenerbahce and Besiktas, whom all come from Istanbul. The most widely known of these clubs outside of Turkey would be Galatasaray, who have won the Europa League in 2000 and followed that with an impressive super cup victory. Galatasaray is famous not just for the football on the pitch but also the atmosphere generated inside the stadium, which is among the most intimidating in club football. Fenerbahce and Besiktas have also had reasonable success in the European competitions with the former reaching the semi-finals of the Europa league last year while Besiktas haven’t had quite the same success. They are regular competitors in Europe. Between the National team and clubs, it is easy to see that football is firmly the most popular sport in Turkey. 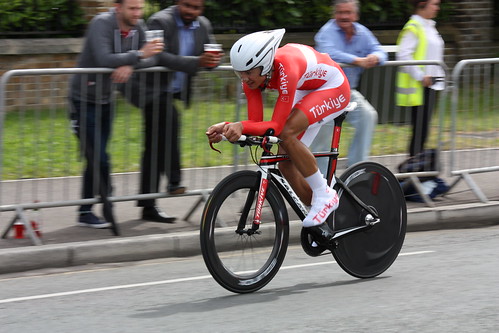 The Turkish love of sports doesn’t stop at football. There is a wide range of sports that it regularly host events for and compete at the highest level. In the European Championships for Athletics, it has accumulated many medals in the middle and long distance races, including a Gold and Silver in the 2010 Women’s event. With the current cash investment in the latest crop of athletics stars, there are sure to be more medals to follow at the upcoming Olympics in Brazil. Basketball and Volleyball are probably the next most influential sports in Turkey currently, with many of the top football clubs also having connections with basketball teams around the country. Women’s Volleyball is another well followed sport in the Country, with the national women’s team reaching a very respectable sixth position at the world championships. For sports enthusiasts visiting Turkey for a holiday, there are plenty of opportunities to get your gym kit on. With a quick check in any high street travel agent or online, you will find many cheap hotels in Turkey, so taking a sporting trip won’t cost the earth. Of course being a Country which borders with four seas, which are the Mediterranean Sea, the Aegean Sea, the Black Sea and the lesser known Sea of Marmara to the North, it is no surprise that water sports are readily available in most seaside towns. The well-known water sports available include Yacht sailing, windsurfing, jet skiing and Fishing, the latter of which you will need to get a license for. If you are less energetic and prefer to watch others taking part, you won’t be disappointed as Turkey is host to many world sporting events like WRC Rallying, Formula One and offshore Power Boat racing. So, if you are lucky with your dates, you may get the opportunity to go along and watch. There is also a budding aviation industry, which caters for Hand Gliding, right up to flying single engine planes. For those with little or no skill, you will be in good hands as there are many good courses available. So, you can combine a summer holiday with the flying course of your choice. Whatever sport piques your interest; you are sure to find that it is available and can be booked from your travel agent prior to departure, which takes some of the hassle out of the holiday making it a more enjoyable experience.

Ariana Louis is an avid sports fan and has taken part in many adventures and sporting holidays across four continents. Ariana writes about her experiences for Travel Republic as a showcase to what is available in Turkey. Visiting, on many occasions, to take part in various sports has stood Ariana in good stead to help others.