World Heritage Sites You Have to Visit

There are over 1,000 UNESCO world heritage sites, ranging from beautifully stunning natural vistas to shocking and awe-inspiring man-made structures. While you've certainly got your work cut out for yourself if you plan to visit all of them, we've put together a list of several that simply can't afford to be missed.

The Leaning Tower of Pisa, Italy

Also commonly referred to as just the Tower of Pisa, it is considerably the most popular leaning tower in the world.

The leaning is a result of structural problems during the initial construction -- the foundation was simply too weak to support the tower even before it had been completed. Though the lean has since increased, the commitment to keeping the tower standing is quite remarkable and partly responsible for it being named a world heritage site.

The Taj Mahal in India -

Any trip to India, or any tour of historical sites for that matter, would be incomplete without visiting the Taj Mahal. A perfect depiction of Mughal architecture, the Taj Mahal was built over the course of 17 years and is one of the most popular buildings in the world.

It is arguably also one of the most beautiful buildings in the world, having drawn visitors for nearly four centuries and necessitating its designation as a world heritage site in 1983.

When Darwin discovered these islands, he had no idea of the role it would play in history. Fast forward to today, the Galapagos Islands are home to a wide range of animal species and boasts of a pristine ecosystem -- one of the very few left in the world.

At just 600 miles west of Ecuador, these islands are breathtaking and a beauty to behold. To keep them untainted by human influence, only five out of the twenty-one islands in the archipelago are permitted to have residents. Even designated visitation sites are only allowed a small number of visitors per year.

Want to see what jaguars look like up close? Area De Conservacion Guanacaste is home to these cats and other protected wildlife species.

This natural sanctuary has a plethora of beautiful beaches and lush rain forests. It is home to many protected animal and insect species. Aside from the animals that you’re guaranteed to interact with, this stop has various amounts of breathtaking views.

Located in Tel Aviv, this urban planning masterpiece is known all over the world for its incredibly well-planned residences. This city of over 4,000 white buildings was just recently named a UNESCO world heritage site because of its Bauhaus architecture and it having such high a concentration of such buildings.

The Pitons in St. Lucia

Want to see two volcanic mountains rise out of the sea? If yes, then you need to see the Pitons in the Caribbean. Picturesque and stunning, the Grand and Petit Piton mountains have such rich greenery and provide a beautiful contrast to the blue Caribbean waters.

Paris is usually more popular because of the Eiffel Tower. Most people consider the Notre Dame Cathedral a sideshow or something to check out after seeing the Eiffel Tower. What most of them don’t know is that this architectural edifice has so much history behind it.

Constructed in the middle ages, the Notre Dame is a perfect model of well-preserved and maintained Gothic architecture. Nowadays, not only does it serve as a place of worship for Orthodox Christians and other denominations, it functions as a museum, preserving many artistic and cultural artifacts.

Yosemite National Park has been featured in quite a few movies and TV series. This is not surprising seeing how popular it is and considering that it’s one of America’s top heritage sites.

Little wonder this natural UNESCO heritage site is considered a mecca for sporting activities as millions of people visit yearly to bike, hike, climb rocks, and ski. When visiting Yosemite, you're in for an amazing outdoor experience -- make sure to bring your cameras, phones, and other essentials, as you will want to take pictures. Just make sure they're kept safe and protected from the elements by keeping them in waterproof containers like the dry bags provided by Adventure Lion. 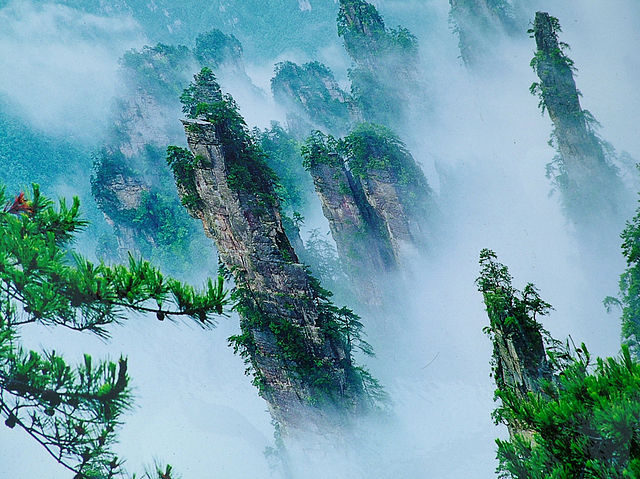 From the US, we look to the East. This heritage site is located in Hunan, China and was difficult to access in the past due to its remote location. Nowadays, tens of thousands of tourists visit every year to take in the breathtaking, otherworldly view of thousands of sandstone pillars. Some of these natural pillars are almost half the height of the Empire State Building.

The Wadden Sea mudflats are the biggest in the globe and is protected by the Frisian Islands which stretch across the coastlines of Denmark, Germany and Netherlands. The mudflats are home to a wide variety of wildlife and animals. But the most spectacular view is that of the more than 10 million birds that migrate through or around it every year. The sight of so many birds in flight is truly majestic.

This heritage site tells a tale of a temple complex that was a key part of the Khmer Empire Dedicated to the Hindu God Vishnu, and stands as a depiction man’s genius in constructing and building lasting marvels between the 9th and 15th centuries.

The park is home to twelve temples and many other smaller structures, the most prominent among them being the 700ft Angkor Wat, built in the 12th century. Angkor Thom, the last capital of the Khmer Empire, showcases a sculptural beauty in the Bayon style that is all but unmatched.

Amsterdam is partly popular for its Red Light district. However, there’s another major attraction called the Ringvaart.

Built in the 17th century to help facilitate the easier movement of goods across water and bordered by gorgeous mansions, the waterway is a remarkable example of form and function that adds to the beauty of an impressive and historic city.

The Great Wall in China -

One of the world’s most phenomenal achievements, the Great Wall in China is a testament to human engineering and the capabilities of even ancient structures to stand and endure the test of time.

This connected network of fortified battlements was built to deter incursions and invaders from taking China’s lands and killing its people. Built over two millennia, the wall is over 5,000 miles long and combines walls, trenches, rivers, steep hills and ravines -- an incredible length of natural and man-made features that stretch along the countryside. Even though about half of the wall system has disappeared, the remnants continue to inspire.

More popularly known as the Phoenix Islands Protected Area, these islands are situated in the Pacific Ocean, roughly between Fiji and Hawaii, and are rich in habitats and ecosystems containing a diversity of plant and animal life, many of which are still being discovered today. For instance, scientists have identified about 500 species of fish alone, many of which had not been found anywhere else in the world.

This is because of humanity's limited contact with the islands, making it another of the earth’s few remaining untouched environments. Admittedly, the Phoenix Islands might be difficult to get to, but it is worth the inclusion in this list.

If you’re looking to do some scuba diving and snorkeling, Belize’s Barrier Reef might just be the place for you. This beautiful underwater habitat consists of estuaries, lagoons, mangrove forests, beaches and sand cays. You’ll also find a wide variety of animals such as crocodiles and turtles, in addition to the astounding variety of fish and coral that call the reefs home. 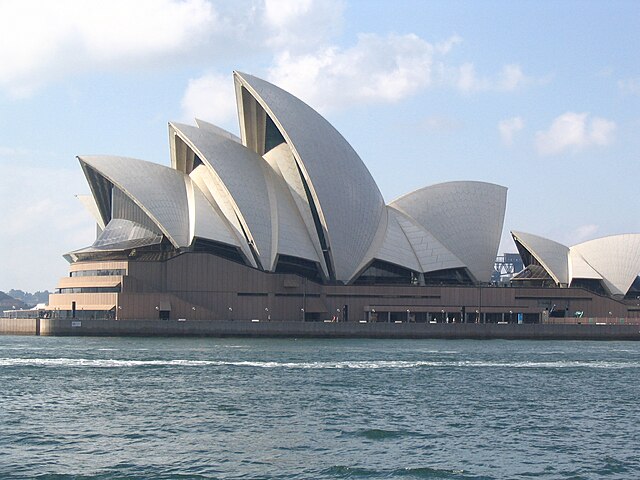 The Sydney Opera House is one of Australia’s most iconic buildings. This architectural masterpiece was designed for entertainment, but it also offers sweeping, gorgeous views of the Sydney Harbor. It’s a must-see, whether you decide to take a trip down under, see a show at the prestigious opera house or you’re just there to take in the sights.

Representing freedom and hope, the Statue of Liberty, is one of the most iconic national monuments. Walking to the top offers incredible views of New York City’s skyline and breathtaking scenery -- a must-see when vacationing in New York, and a special place for patriots across the United States.

When the Chicxulub meteorite caused widespread devastation on earth 65 million or so years ago, it left more than a mark on our world. And at Stevns Klint, there was left behind one of the best exposed geological boundaries between the Cretacious and Tertiary periods found to date.

Visitors can see the ash cloud and dark clay from the meteorite, and the geological boundary between ages of our planet's history. So, in addition to New Zealand's wealth of natural beauty, you should visit this site and catch a glimpse of the history of our home.

If you want to experience what it is like riding trains across endless mountains and gorgeous hillsides, then you should explore these railways. They are a testament to man’s ingenuity at surmounting incredible obstacles.

Built during India’s colonial era, the railway system was meant to link far-flung and isolated rural areas with urban areas and civilization. This heritage site consists of three mountain railways grouped into one: The Kalka Shimla Railway, the Darjeeling Himalayan Railway, and the Nilgiri Mountain Railway.

The writer, Oscar King, is a freelance writer and world traveler who enjoys sharing his own experiences, tips and tricks with others. If interested in learning more about Oscar, visit his Google+ profile.