The Longest Long-haul Flights Around the World 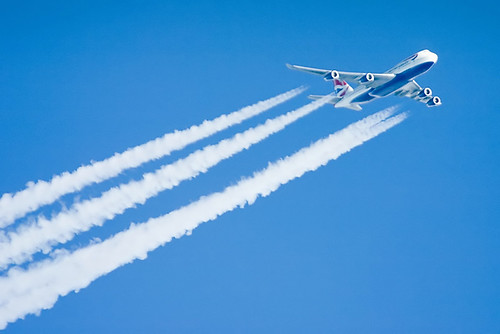 An ultra long-haul flight is defined as one lasting over 15 hours non-stop, and there are several commercial passenger flights currently in operation which last for several hours more. A number of airlines announced cancellation of their ultra long-haul routes in 2012, with the high cost of airline fuel and the economic downturn being cited as reasons for the cuts. Thai Airways’ Bangkok to Los Angeles, Delta Airline’s Detroit to Hong Kong and American Airlines’ Chicago to New Delhi flights have all been announced as closing, but the most noticeable cancellations are the two longest flights in the world, both operated by Singapore Airlines and scheduled to end in November 2013.

Until then, the longest flight in the world is Singapore Airlines Flight 22. Flying from Singapore Changi to Newark Liberty International, it takes 18 hours and 55 minutes to fly 8,500 miles and cross 12 time zones. The route is flown by an Airbus 340-500, configured with 100 seats that are business class only. Each seat costs around $8,000. The return route from the US to Singapore, Singapore Airlines Flight 21, is the second longest flight in the world; tailwinds and variations in route mean a slightly shorter time in the air of 18 hours and 40 minutes. A passenger making a return trip will spend around 37 hours in the air. Most US to Asia flights go over the Pacific Ocean, but these two longest flights take the eastern route to Asia and fly over the Atlantic.

When these two flights end, the current third longest flight, Quantas Airways’ Sydney to Dallas Fort Worth, will top the list. Taking 17 hours to fly 8,578 miles, Qantas QF7 operates a Boeing 747-400, with plans to introduce the 787 Dreamliner. Replacing Qantas’ Sydney to San Francisco route, this is a daily service with seats in all classes.

The fourth longest flight is Delta Airlines DL201 from Johannesburg O.R. Tambo International in South Africa to Hartsfield-Jackson International in Atlanta, Georgia, USA. Flying a Boeing B777-2, seating 277 passengers, it takes 16 hours and 55 minutes to travel 8,439 miles. Delta is the only US airline to fly to Africa.

The fifth longest flight in the world goes from Dubai International, United Arab Emirates to Los Angeles International and takes 16 hours and 30 minutes to fly 3,339 miles. Emirates Airlines operate a daily flight on a Boeing B777-2 with 266 seats, and it was announced in June 2013 that they would begin to use A380 planes on this route. The A380 will have 489 seats, including 14 private first-class suites with access to shower-spas.

The Future of Long Haul Flights

Does the closure of the two longest flights in the world mean that ultra long-haul flights have had their day? It seems unlikely; the time saved by non-stop flights around the world is something that many people are willing to pay a premium for, and Qantas, Delta and Emirates have given no indication that they have any plans to cut their long-haul flights. Singapore Airlines have sold their A340s and A3500s back to Airbus, and have ordered 25 new Airbus A380s and A350s, and several new super-jumbos, which are due to be delivered between 2015-2017, so they may return to the top of the longest flights list in the near future.

Aeroplanes have been built that fly for far longer than commercial flights; in 1986 the Ruton Voyager Model 76 took off from the Mojave Desert to fly west for nine days, making it the first non-stop flight around the world. In 2006 the Virgin Atlantic GlobalFlyer flew around the world for 25,766 miles, making it the longest non-stop aircraft flight in history and taking 76 hours and 45 minutes. As aeronautical innovations and improvement are made, who knows what distances ultra long-haul flights will cover in the future?

Marc Francis is a travel writer and plane enthusiast.