Noma: The Jewel In Copenhagen's Crown 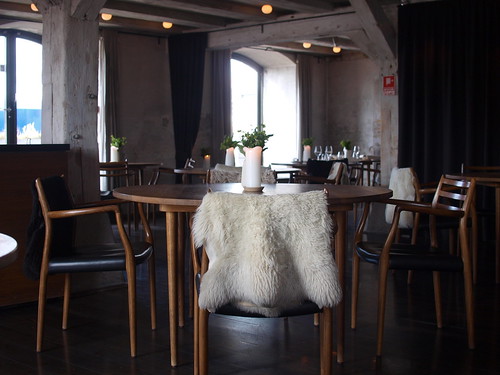 The Danish capital has long been a popular destination for city breaks and, with a host of cheap flights to Copenhagen available, it’s easier than ever to get out there and experience the charms of this fabulous city for yourself. Copenhagen is full of delights, but no visit would be complete without tasting the exquisite food of Noma.

Located on the waterfront, close to Copenhagen’s trendy Islands Brygge neighbourhood and overlooking the South Harbour and the popular harbour baths, Noma is an internationally renowned restaurant that is truly unique in style. Aiming to bring a combination of Scandinavian flavours and ingredients to the forefront of the culinary industry, Noma has received not one but two Michelin stars for its efforts, and is widely considered to be one of the best eateries in the world.

Noma is situated in a brickwork warehouse on the old Copenhagen docks in what was once a thriving industrial trade area but is now an up-and-coming residential and commercial site popular with young city professionals. The history of the location is actually very fitting with the overall intentions of the restaurant. From the early 18th century, the warehouse acted as a storage facility for the Denmark fishing industry which was booming due to both its prime coastal location spanning the North and Baltic seas, and its ability to swiftly transport fresh catches to inland European destinations who didn’t have as easy access to seafood.

The origins of the building have remained, both in terms of gastronomy connections and in structure, with Noma sitting inside the original warehouse facade. Even the interior design gives a nod to the industrial days, with low hanging wooden beams, oak floors, brass highlights, and a definite old school, minimalist, back-to-basics feel.

Aside from the infamous IKEA meatballs, Scandinavian cuisine hasn’t enjoyed the best reputation over the years. Known more for bland meat and fish dishes than flavoursome offerings, and for efficient yet poor preparation of fruits and vegetables, there’s little wonder Chinese, Mexican, and Indian restaurants are abundant in cities throughout the world, but Scandinavian restaurants are largely unheard of.

However, in 2004 Noma set out to change the weak international perceptions of Danish, Finnish, Swedish, Norwegian, and Icelandic dishes, putting modern twists on the local classics. Employing different preparation methods to ensure fruits and vegetables kept their flavours and nutrients during the cooking process, and adding oomph to plain meats and fish with the use of spiced marinades, fruity wood chips for smoking, and a variety of salts for curing, Noma created what has become known as New Nordic Cuisine.

Meat lovers should try the slow cooked beef rib served with a traditional Scandinavian lingonberry jam that brings a sweet and fruity flavour that perfectly complements the meat. For non-meat eaters, there are plenty of contemporary and unusual fruit and vegetable pairings, such as sliced onions served with fermented pears that have a taste very similar to perrys and ciders, or try the potato and plum combination that brings a touch of colour to any dish. Of course, all this can be washed down with a glass or two of Danish Gammel Dansk, or there’s a full wine menu to choose from too.

Noma is owned and operated by René Redzepi, a Danish chef who is known for his inventive dishes and experimental techniques. Redzepi established his career and strengthened his interest and love for Scandinavian cuisine by working primarily in Copenhagen-based restaurants such as Pierre André and Kong Hans Kælder, but also widened his experience with short stints in both Spain and California’s Napa Valley. Redzepi has worked alongside other talented chefs since the opening of Noma, most notably Matt Orlando, who acted as the restaurant’s Head Chef for two years before beginning his own adventure with the American-themed Amass, taking him back to his US roots.

Consistently since 2007, Noma has ranked amongst the top 15 restaurants in the world as chosen by Restaurant Magazine, receiving the highest praise possible in 2010, 2011, and 2012, being awarded the prestigious honour of ‘Best Restaurant in the World’, beating competition such as Spain’s El Celler de Can Roca, Italy’s Osteria Francescana, and New York’s Eleven Madison Park, all of which are considered leaders in the their field. Redzepi himself was also acknowledged for his work at Noma by being crowned Lo Mejor de la Gastronomía, International Chef of the Year, in 2008.

Jon Piggins is a writer and travel addict. From short city breaks to traversing continents, he loves to explore and share his tips and experiences.