For centuries, the Grand European Tour was an opportunity for young Americans and western Europeans to head out and explore everything the continent had to offer. The Tour was originally an educational exercise, in which Europe's young elite would spend up to four years travelling - seeing sights, learning languages and experiencing different cultures.

The tradition began in the sixteenth century, continuing through to the 1800s. Thousands of wealthy twenty-something aristocrats set out across the continent, tutors in tow, to France, Italy and Greece - the latter two especially popular with the classically trained students of the west. It wasn't exactly all work - the night spots of every major city were always full of young travellers neglecting their studies! 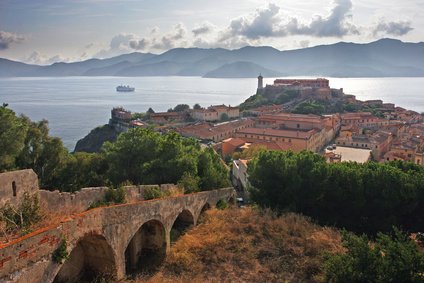 As old forms of travel faded, steam-power and railroads changed the face of the Grand Tour. While the nature of the journey transformed, its spirit endured - now available to many more people eager to find their own adventures. Today, thousands of tourists recreate the journeys of previous centuries - visiting the same fascinating destinations as their intrepid ancestors.

Escorted European tours are a way to capture the sense of adventure and romance that characterized the journeys of the sixteenth century aristocrats - without the high-speed hassle and stress of modern holidays. Trips to France, once made by horse or by carriage, now take place on luxury cruise liners, sailing the stunning Cote d'Azur . The port city of Cannes, with its elegant style, is a great start to modern-day adventures - and a reminder of why the Grand Tour remains so appealing.

Out into the Mediterranean, tours reach Italy's historic fortress-city of Livorno. Florence, the 'jewel' of Renaissance Italy, is only a short trip away - and a consistently popular stop on Grand Tours throughout history. Ruled for centuries by the Medici, Florence's cultural credentials are on show in the Palazzo Vecchiio, the Galleria dell' Accademia (with its Michelangelo collection) and the stunning architecture of the famous Florence Cathedral.

Further east, tours reach Corfu, steeped in mythology and history and one of Greece's most beautiful holiday destinations. Outside Heraklion, the island's capital, lies the ruins of the Palace of Knossos, fabled location of the labyrinth, where Theseus faced the Minotaur. Crete has a natural beauty too and the towering White Mountains, dominating the landscape, are always a breathtaking sight.

The destinations may look a little different but the spirit of the Grand Tour is alive and well in dozens of destinations across Europe. Escorted tours let you relive the adventures of those carefree travellers of the past - with that extra little bit of comfort and luxury available in the 21st century!